Why get a dog from abroad?

Why get a dog from abroad? 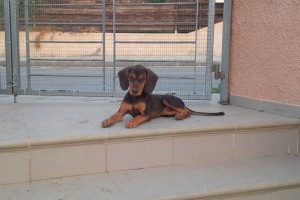 International animal welfare is a very difficult and always strongly controversially debated topic. Why should you adopt a dog from abroad when our German animal shelters are also full? Don’t you take away a valuable place of these dogs from people, who have decided to give a four-legged friend a nice home with a life full of love, to be cared for as a family member?

Ask yourself all these questions and if you have found the answer, you will still be confronted by family members, friends, acquaintances, neighbors, or other dog owners, with whom you exchange opinions while taking the dog for a walk.

Do you have to justify yourself? Is it right that you must defend your decision and must prove it with arguments, if you gave a dog from abroad a chance to a new home or want to give in future?

Difference between dogs from Germany and from abroad?
What exactly is the difference between a dog from the local country and from abroad? Does one deserve it more than the other? Is it a competition? We ask that for a long time. Research on this topic and in discussions with people who disagree, make one thing clear: often, it’s not the case that people begrudge foreign dogs a place in a family. Few people think about it, but they just as well love, buy, drink regularly and eat; wine from Spain, cheese from Switzerland or ham from Italy. However, aren’t there also local wine growers, dairies and farmers that dependent on our consumption?

Problems of german animal shelters
In our daily work, we constantly hear the sentence: “we have been in all animal shelters in the region – and that repeatedly for several months. But, we could not find the right dog for us.”
This sounds at first very “staged”, but unfortunately reality confirms this experience often.

Since the introduction of the nationwide dog ordinance and the classification of dogs into ‘dangerous breeds’ the German animal shelters are full of dogs that nobody wants. Countless numbers of Staffordshire Bull Terriers, Bull Terriers and similar races are sitting behind the bars of German animal shelters without any chance of mediation. The consequence for these dogs is awful, especially since they are absolutely innocent of their condition.

Often there are also dogs which are old, sick or deformed. Not everyone has the time and the strength to bring such a dog into his life. 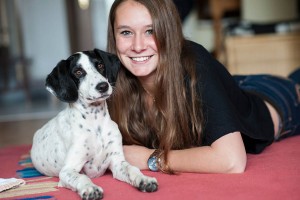 If now a family decides to give a little, “uncomplicated” puppy or young dog a new home, it is basically a great decision and one worth supporting. Out of insecurity many people check first the breeder. But, who is still today a trustworthy, honest and reputable breeder, who has only the welfare of the breed and the conservation of the breed in mind? How does the normal consumer differentiate between the registered, reputable breeders and the hobby breeders, who don’t care about the over breeding or the inbreeding? Unfortunately, good breeders have become rare. Too many breeders want only the visually perfect dog and pay less attention to hereditary diseases. And then there are still the dog traders, who see the dog as a breeding machine and the puppies as profit. These dogs are often sick and disturbed and often end up as rejects in the animal shelter.

All of this is certainly not immediately clear to the above mentioned family – if at all at some point. This family might not want a perfect looking dog, but a fully-fledged family member – with all the rough edges. In the course of time problems certainly will show up again, which are a challenge to overcome. But if one accepts the dog as a family member, with its rough edges, such problems are mastered and they become more of a team.

And why not then give a dog from abroad a chance? If he is perhaps already in a German foster home, and you are able to visit and meet it and get information hopefully from a reputable animal welfare organization about the dog, his destiny, his past, his character and the pro and cons?

If you think about it, the idea of “countries” and “borders” is made by people. The borders were made by people and they exist first and foremost in our minds. We all want to go on holiday in the supposedly foreign countries, but only a few want to help – either locally or by “outside” help. Is this agreeable?

The dog does not care, what language the person speaks – for it, it is important to have a human.

Sustaining help
On the other hand, this is all just a part of reality. If you believe that you can improve the situation locally by the adoption of a dog from abroad, then we must disagree. We do not believe that. But there are various ways and means that you can combine to help the dogs that are acutely at risk, adopting them and getting them, while at the same time helping the country by castration operations, educational work at schools and the public concerned. Education is so important – that certainly the most popular example in Germany is the survey of children in the cities a few years ago concerning what color has a cow. The answer was shocking! Most of these children have never seen up to that time a cow and if, then, only the purple cow from advertising. Consequently, cows were of course purple – or brown, because the cocoa comes from them!

Dubios animal-protection activists
It is essential to us to mention at this point the actions of dubious animal protection activists, who bring animals without proper vaccinations and papers into Germany. They cover up diseases or accept the risk that other animals or even people can be infected. These cases many times heat up the arguments against the international animal protection – this is partly also understandable. But aren’t there black sheep in every aspect of life? Are we allowed to measure all other serious animal protection societies by the same standards? The latter sacrifice plenty of time and energy seeking to improve the situation of animals in foreign countries.

These clubs and animal rights activists do not see their main role in the mediation of foreign dogs to Germany, but in the prevention locally. They support and initiate castrating campaigns and other measures to bring about slowly but surely changes and improvements locally.

But the prevention comes too late for those dogs, which were already abandoned, delivered to animal shelters or killing stations. That’s the reason why it is important to think about the problem from all sides, and to act accordingly.

Look instead of criticising
Critics of the international animal welfare should focus much more on lasting help than on the question whether it basically makes sense, to bring dogs to Germany. This question is of no importance to a real animal friend that has seen only once what standing our four-legged friends have in some countries and how desperate they are, in having to endure their terrible fate.            “The one, who can idly overlook this torture and this suffering, only because the dogs had the misfortune of being born in the wrong country, has his heart in the wrong place.”

Also, a survey conducted by TASSO on this topic offers interesting insights: http://www.tasso.net/Tierschutz/Umfrage