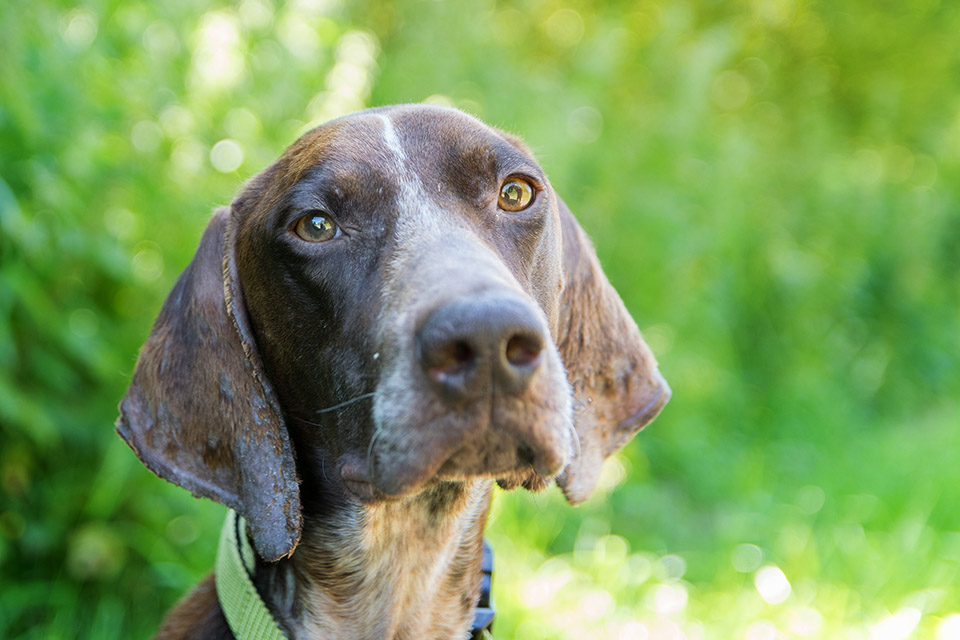 BONES, an appr. 3 year old German Shorthaired Pointer, was rescued on Cyprus and being sent to a foster home in Germany in March.

Unfortunately due to circumstances which were not his fault, he wasn’t well cared of and was not gaining any weight, got diarrhea and was really in a poor condition some weeks ago.

Randomly we got notice of BONES and his fate. We were asked by another animal rescue organization to help and we picked him up to have him checked in the vet clinic. He has been in intensive care for 2 weeks, and we took him home after this to await the last results.

Unfortunately BONES’ name is not only program, he is so sick, that he is fighting for his life now. He almost lost all his fur so far and he will soon be nacked. His immune system is very low and giving him a hard time – having colds and similiar.

But he is a big fighter – we would love to rename him, as he should not be faced with his appearance with his name as well. That’s not a good karma.

BONES loves to be within the “Pointer gang” and he is very funny, trying to play and enjoy his life as much as he can. He gained a little weight and we are treating him twice a day – we have to brush his skin to get the flakes off, treat him with lotions and oil to prevent the skin to break on other parts as well and to disinfect and care for the parts already being broken. We have to clean his nose and feed him several times a day the best he can get – which is as well the most expensive. Plus the medicine he has to get for the next months.

We will keep Bones no matter what – and he will get the best treatment and lots of love and cuddles. We will be with him – going into a brighter future or escorting him in his last weeks or months.

Please help us to make all this possible! 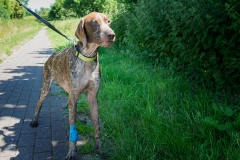 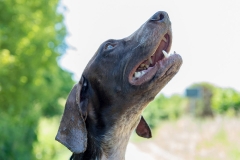 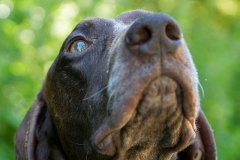 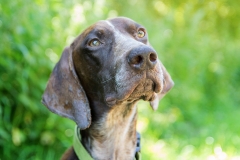 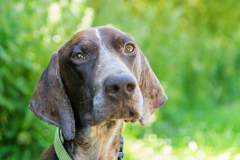 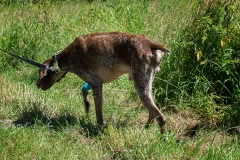